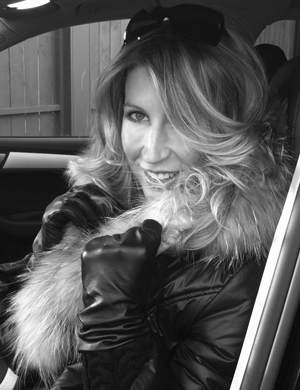 Named in a 2014 issue of Playback Magazine as a Future Leader in
Media, Courtney Graham was chosen by W.I.F.T. to participate in their Media Leadership Program run in conjunction with The Schulich School of Business.  A Toronto resident, Courtney began her career as the first woman to win the Canwest/Global/NFB Internship Award, which lead to a successful career as a Camera Assistant for many acclaimed feature films and television programs.

Since deciding to become a Producer/Writer, Courtney has been a participant in the National Screen Institute’s Drama Prize, the Canadian Film Centre’s Producer Lab, and CFC Short Dramatic Film Program.  As a writer, she’s won the Summer Institute of Film and Television’s Tom Shoebridge

Screenwriting Award, a scholarship from The Writers Boot Camp in Los Angeles and the 2012 Praxis Story Editor Internship. As a producer, her commercial have garnered I.C.E., Mercury, Mobius and London International Advertising Awards. Her short film, KILL BRASS, won numerous awards in festivals around the world, and airs on the CBC and TMN.  STAG, her first feature, secured distribution with E1 and just picked up a 2014 Canadian Comedy Award.  It also won multiple awards at the L.A. Comedy Film Festival and The Crystal Palace

Most recently, Courtney was under contract with Temple Street Productions (Orphan Black) as a producer of three short films for The City Life Film Project, which gives voice to new talent.

With a comedy script written by Canadian talent Brett Heard in at U.T.A. (United Talent Agency) and an option on a feature screenplay by Gary Lennon (Orange is the New Black/ Untitled Robert Downey Jr. Project for Sony/Showtime), Courtney continues her development of feature film, television and web projects with renowned talents here and across the globe. 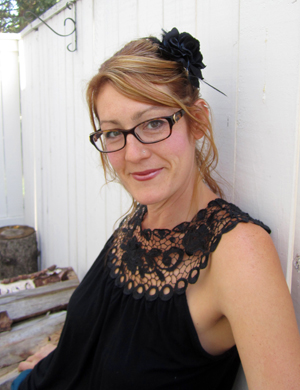 Melanie is originally from Calgary, and relocated to Toronto in 1998 to do her MFA at York University. She graduated from the Canadian Film Centre’s Producer’s Lab in 2009. Melanie has been passionately involved in the arts and entertainment since childhood. She toured internationally as a dancer, actor, and created her own works of theatre before turning her attention to cinema. Most recently, she was invited to join the Canadian Media Production Association emerging producer delegates for the 2015 Berlinale.

Melanie has a keen interest in challenging storytelling, detailed characters, and unique perspectives. She has produced short and long form content with a variety of production companies, film organizations and independents, including award- winning companies Shaftesbury Films (Murdoch Mysteries), Temple Street Productions (Orphan Black), and the Canadian Film Centre. One of her favorite projects is the City Life Film Project; an outreach film initiative (Temple Street Productions, The Remix Project and Team Seven) with which she has produced 9 short films over the last three years, including this year’s HAPPY 1 YEAR (by Alicia Bunyan-Sampson), DISCONNECTION (by Sue Chun), and THE NIGHT SESSION (by Tamar Bird). She has produced over a dozen shorts, including award winning films: AN INSIGNIFICANT MAN,written and directed by Shawn Alex Thompson (Puppets Who Kill), and KILL BRASS, directed by Michel Kandinsky (Hotel Congress) and written by Stephen Kunc.

Alongside her mainstream film and TV content, Melanie enjoys venturing into projects which showcase artists of diverse backgrounds including ...THINGS THAT GO BUMP IN THE NIGHT, starring Evelyn Hart (Royal Winnipeg Ballet-Principle Dancer), and KISSES IN THE NIGHT starring Jazz sensation Terra Hazelton (Whatever Linda, Fubar2).

She is currently developing the webseries Another Grant Canyon Mystery, based on the hit play No Tweed Too Tight with BC creator Ryan Gladstone. She has several other feature and TV / Web projects in various stages of development.